Highest quality projection screens with the most comprehensive range of products from LED Screen, simulation screen, projector. Remaco being named as the leading screen manufacturer, We carried the norm in hope of contributing unwavering success to Remaco. 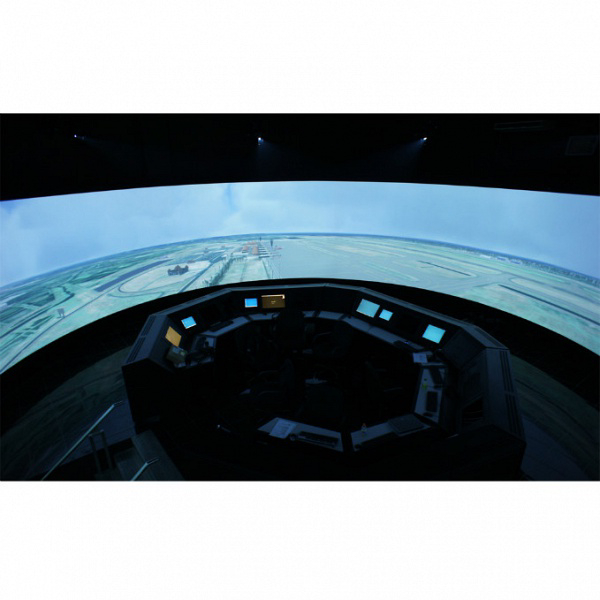 Remaco design and construct a large cylindrical screen for a marine simulation project. Measuring 16m in diameter by 8.3m in height, this screen is one of the largest of its kind in this region. In the middle of the cylindrical screen, sits a fully equipped cockpit of a ship. It has a full 360 deg view of the screen. Images on the screen are projected by more than 20 high power projectors surrounding the cockpit in two levels. This state of the art simulation facility is used for navigation training of marine crews. The major requirements are precision, good surface finishing and robust. The surface is vanished with the highest level of finishing for projection purpose. Our engineers had completed the project with full satisfaction of the customer. 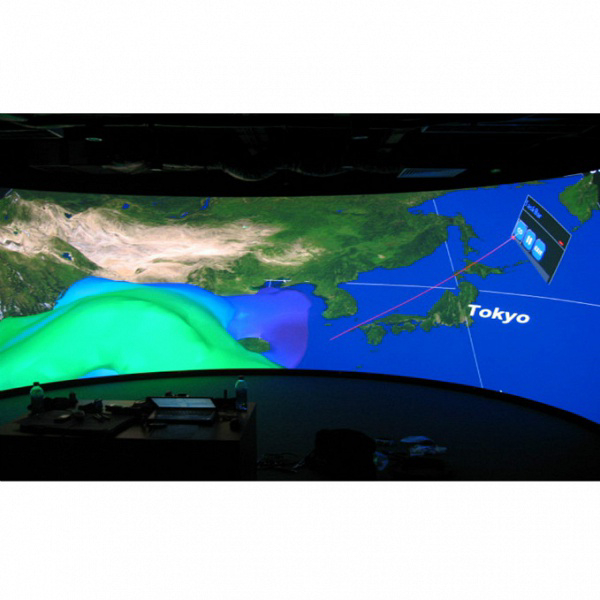 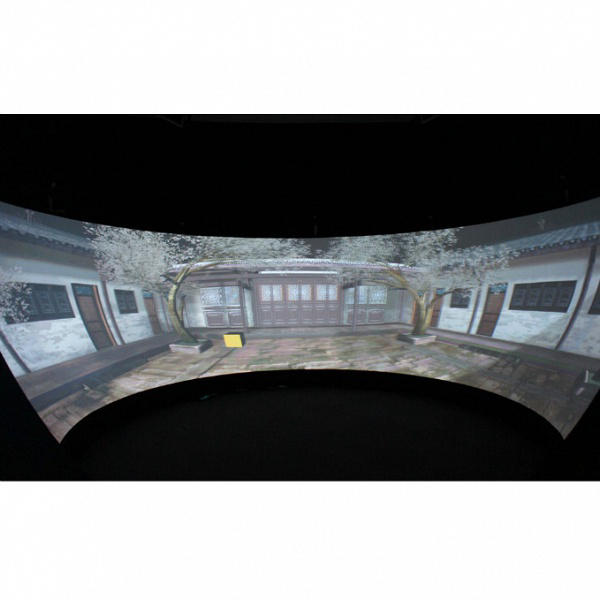 Remaco Bowl (Semi Dome) Screen is one that curves like a bowl, or like a dome with the top cut off. Mechanical precision of such a screen is very critical, as the surface needs to be smoothly constructed for projection purpose. Prior to the construction of the screen, our engineer designed the structure based of dimension given with CAD software. All the mechanical parts are bent according to the drawing. Once the mechanical structures are completed, surface of the screens is applied to it, forming a bowl-shaped surface. Surface is treated and polished to achieve total smoothness before finally applied with optical paint. 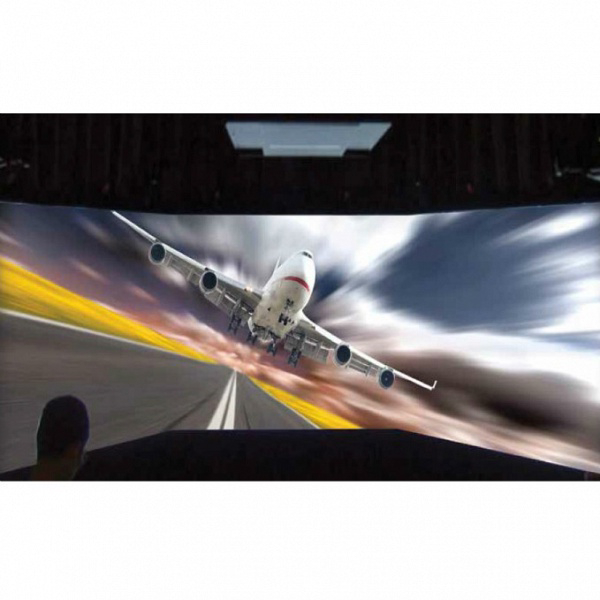 3-sided cave screens can be used for 3-D simulation or wide angle viewing. Each side of the screen is joined together with a seam that is almost invisible, creating a single wide image. Three projectors are used with their images blended seamlessly together.  Such screen can be built for front or rear projection. 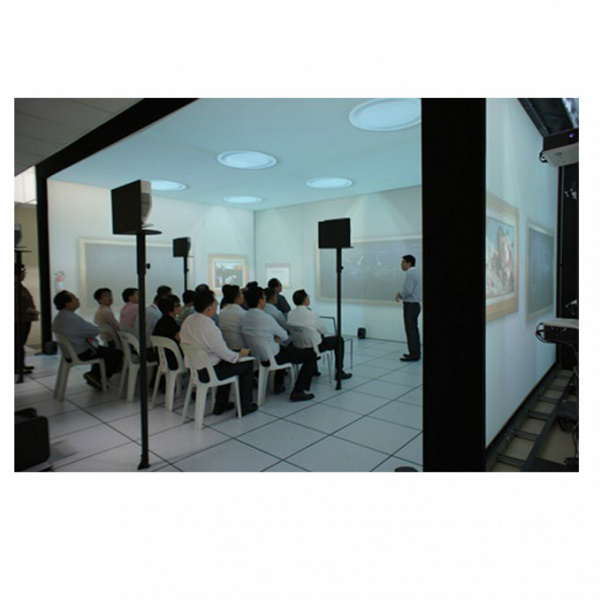 A 4-sided screen consists of 3-sides at 90 degree to each other and the forth side which is either on the floor or the roof of the cave. Each side is joined without any noticeable border. This is important to create a seamless projected image without break in between creating simulate a real live-like surrounding. For example, it can simulate the internal layout and design of a building before it is built. In another example, for sports like tennis where the tennis court as well as the surrounding stand with full spectators can be simulated.

How may we assist you?

Get better results by upgrading today! 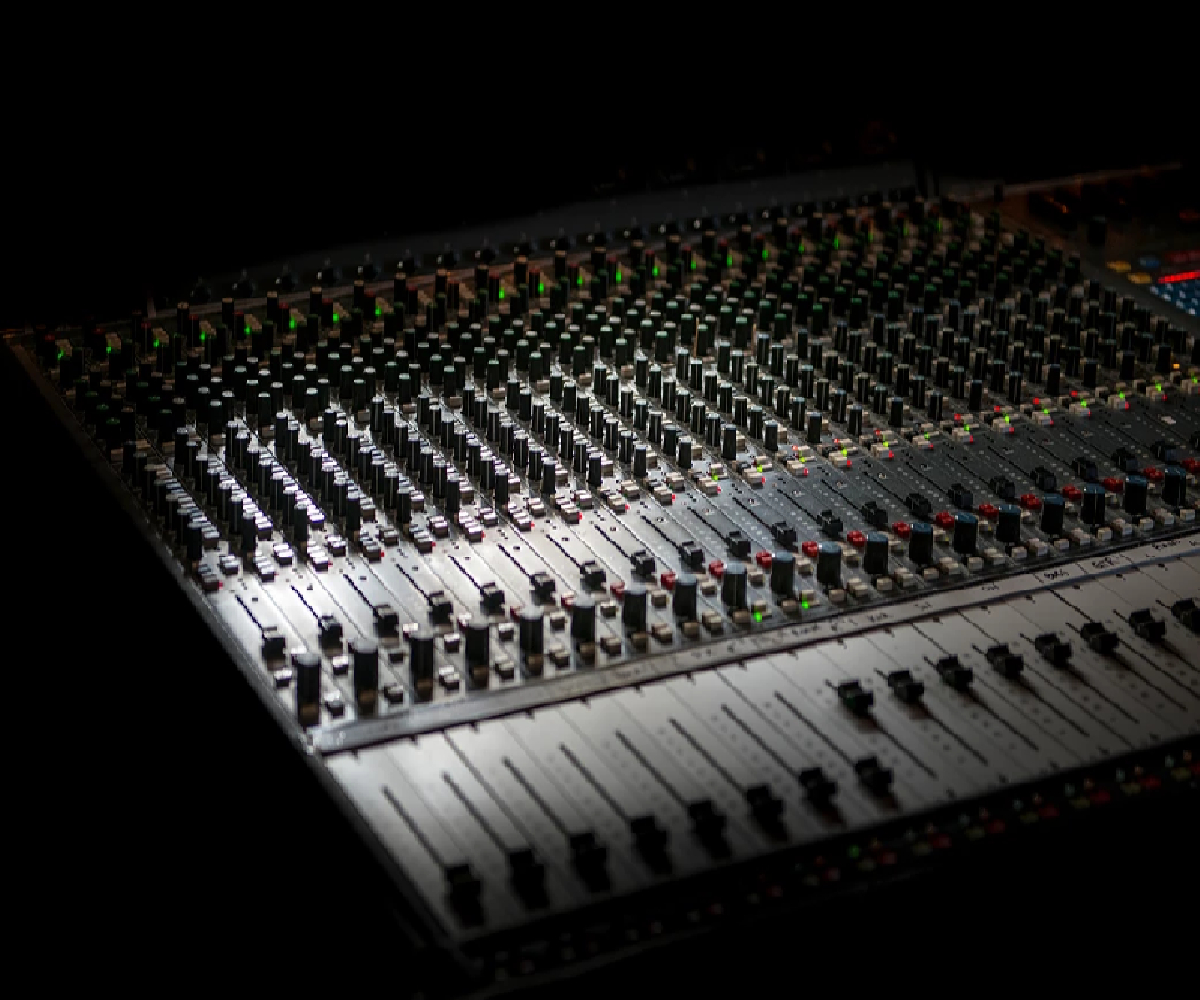 How may we assist you?

Get better results by upgrading today!